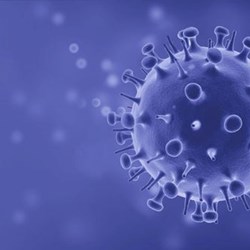 The Health Department is now administering flu vaccine in our regularly scheduled immunization clinics.  The vaccine is $40 and we accept most insurances.

The flu is a contagious respiratory illness caused by influenza viruses. It can cause mild to severe illness, and at times can lead to death. The best way to prevent the flu is to get a flu vaccine each fall.

Influenza (commonly called “the flu”) is a contagious respiratory illness caused by influenza viruses. Infection with influenza viruses can result in illness ranging from mild to severe with life-threatening complications. An estimated 10 to 20 percent of U.S. residents get the flu each year: An average of 114,000 people are hospitalized for flu-related complications and 36,000 Americans die each year from complications of flu.

Symptoms of flu include:

Gastrointestinal symptoms, such as nausea, vomiting, and diarrhea are much more common among children than adults.

Some of the complications caused by flu include bacterial pneumonia, dehydration and worsening of chronic medical conditions, such as congestive heart failure, asthma or diabetes. Children may have sinus problems and ear infections.

The flu spreads in respiratory droplets when people cough and sneeze. It usually spreads from person to person, though occasionally a person may become infected by touching something with virus on it and then touching their mouth, nose or eyes.

Adults may be able to infect others one day before symptoms appear and up to seven days after getting sick. That means that you can give someone the flu before you know you’re sick as well as while you are sick.

Simple steps can go a long way in prevention. Practice good hygiene daily by washing your hands often and covering your coughs and sneezes, and consider getting a flu vaccination. The single best way to prevent the flu is to get a flu vaccine each fall.

Who Should Get a Vaccine?

Everyone six months of age and older.

People at High Risk for Complications from Flu

The following people are at high risk for complications from the flu and should be vaccinated:

To help prevent spreading the flu to those at high risk for complications from the illness, the following people should get vaccinated:

Who Should Not Get a Flu Vaccine?

The following groups should not get a flu vaccine before talking with their doctor: